MESSAGE FROM THE FOUNDER

Message From The Founder

"The kingdom of heaven is like a mustard, which a man took and planted in the field. Though it is smallest of all seeds, yet when it grows, it is the largest of garden plants and becomes a tree, so the birds come and perch in its' branches." Mathew 13:31-32 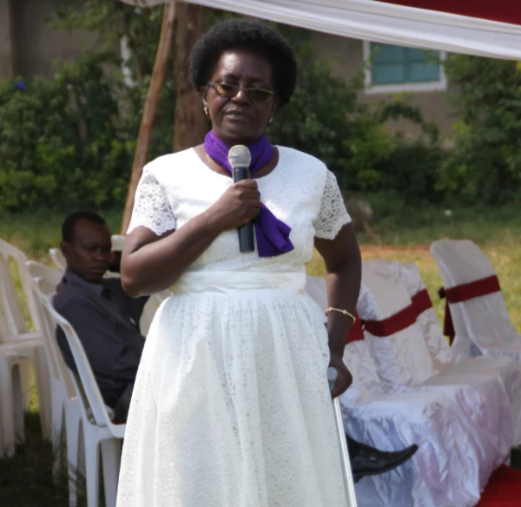 ‘Living and serving others is an on-going experience’ as my late parents would tell us. It is this walk, growth and development of being and giving to others inculcated in me by my late parents that was begun in SAIDE COMMUNITY LIBRARY. This Community Library saw gifts, talents and character put together into its growth in 2011 in the living room of Beatrice. In this cozy space, every weekend children from the village would gather to borrow books from the stock of personal books which Beatrice or ‘Mama’ (as children referred to her) had collected over the years through her teaching career. This form of reading and loaning of books went on for over a year when Corazon (Beatrice daughter) visited her mother one holiday and shared the idea of creating a room with reading table space and putting the books at the disposal of more children and not just a handful. The discussions and arrangements went on around the family kitchen table that holiday and many were the cups of tea taken as friends gave ideas. That was the start of the seed.

Beyond the meetings and plethora of ideas, the critical questions began. What does it mean? We thought about renting a reading room, costs of tables, chairs, costs of carpentry, shelves, flooring, storage for children’s bags, toilets, water points, lighting, electricity bill, and meet other costs. At times there were signs of poor seed germination. The first volunteer quit after just two months of work, as he had challenges working in a dusty room, caring for the children, cleaning up especially during the rainy season and repairing torn books.

Kelvin joined SAIDE in 2013 and his passion, determination and commitment to literacy with enjoyment for children has seen SAIDE germinate and sprout. Readership has increased astronomically from the initial twenty primary school students to the current 10,000 readers.

The Mobile library (using a bicycle) was initiated. Initially this was for the 4 primary schools, the books supplemented the teachers notes. We now reach 14 schools and 6 have sent requests which currently we cannot spread ourselves to think.

We had four chairs and a table. The young readers sat on the floor and shared the few books available. Worldreader found SAIDE in that situation and took a can of water and gave it life. They watered the tree by equipping the library with 25 e-readers(kindles), in 2014 a further 18 kindles were given on cost sharing basis. The excitement of handling a kindle for the first was magical, it attracted and increased the patronage

American Friends of Kenya in 2015 supported SAIDE which grew taller and broader. The 27 cartons of books donated by AFK enabled 11 primary and 5 secondary schools on board for use of the resources. The pictorial books, the games for younger readers were a great asset and more children (give numbers) patronages the library. Not left behind are the adult (18 – 40 years) readers who enjoy borrowing from the many varieties of books on the shelves. AFK in 2016 added another 23 cartons of books. The mobile library was enhanced with more resources to tap and with the bicycle received from AFK. Kelvin was able to add 6 more schools to the one-hour reading culture program. Unfortunately, the bicycle was stolen in late 2016. In 2017, 2018 and 2019 more health assistant equipment, books and a bicycle were donated by AFK. To dated we have received over 10, 000 books from AFK.

Volunteers from USA based universities in 2014, 2015, 2016, 2017 1nd 2018 greatly assisted SAIDE in mobilization of more students, reading and borrowing through advertising and attending community forums. The Interns were placed by Foundation for Sustainable Development (FSD) organization based in Kakamega.

We continue to water SAIDE tree. We hope to move to a different building by the grace of God. Yes challenges of resources will be there. But the smile of the young boy Dennis, the sound of the 8 year old Eunice who shrills in laughter after watching ‘Pumba’ in ‘King Lion’ and amazed to hear Kiswahili spoken and watching her making the connections reading from the story book based this film and beaming joyfully asking Kelvin ‘can I borrow the book that has King Lion in Kiswahili?’ Her 14-year-old brother hushes her as he concentrates on the e-reader.

Working together we will move far and impact positively the lives of children living in rural Chavakali. We appreciate greatly the support in many forms by the unsung heroes who have sacrificed in packing of books in the US, the distribution done in Kenya by men and women of AFK. Looking at the journey of SAIDE, and those who made it possible we look ahead to a multi-purpose well-resourced information center for young Kenyans.